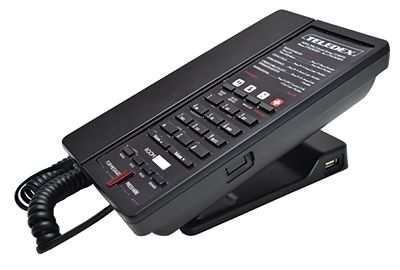 Guests bring an average of 4 to 5 smart devices into the room. Be ready with the E Series USB hotel phones - all equipped with USB charging ports on both analog and VoIP models to help facilitate guest smart device charging and keep them connected.